A mother speaks about her son's experiences...

"Sunflower Garden has been a lifeline for my son K. He went through hell before he came here because his Dad is an alcoholic. He wouldn’t turn up when he was supposed to or if he did he would be at the door drunk and covered in blood. At times he would disappear for weeks on end on a bender.

"K loves his Dad, and I wanted him to still see his Dad, but it’s so hard to keep things together and to be amicable when he’s around. He’s so selfish it makes me so mad. He doesn’t realise how he’s affected things for us and just saying ‘sorry’ isn’t good enough any more. He just doesn’t get it.

"All of this has had an effect on K. He was having nightmares, sleeping in my bed and really becoming like a recluse. The only outside contact he was having was at school and I knew that we were getting too close – it was just the two of us all of the time. I think K was worried I would disappear too so it was like he wanted to be around me all of the time to make sure I was still there.

"I started searching around trying to find help for K but it was really difficult. You really have to be on your arse before social work will help you, if you’ll pardon my language! I tried to get help through different organisations, and also through my GP trying to get a child psychologist, but there is so little help out there.

"Finally we got a place here at the Sunflower Garden, but even that took a long wait and only happened after K was classed as an emergency. I knew it was the right thing for K. The people here know and understand what kids need who have been through these sorts of things. They’ve got the right recipe.

"The difference in K straight away when he started coming to the group was amazing. He did all sorts of stuff, making things, doing different activities and he went to a group about alcoholism too. He really loves it here – they know him and understand him. They take an interest in him and what’s special about him and I think he’s made friends too. He likes the other children. It’s not like he has to talk about things here but he obviously feels really safe and comfortable, because he just came out and spoke to staff about how he was feeling even without being asked.

"It’s an important part of his life and because of it he’s different now. He’s more confident and a lot happier. He’s changed a lot. It’s not just that he can speak about himself and his feelings; K will actually stand up to his Dad now. He can ask him, ‘Why didn’t you turn up?’ and he understands more about what’s going on. The nightmares have stopped; a lot of these were about his Dad, and so he can sleep in his own bed now.

"The next thing is that we need to get out more. It’s become a habit for both of us to stay in, and there are other things he likes doing he like swimming and going to parks because he likes nature and watching birds. I know we’ve got to do it but it’s a big step for me too. Maybe that’s another thing that would be good here at Simpson House: if there was some more support for the parents. I worry that K is moving forward and I’m not and that because of this I might hold him back. That’s the only thing I feel is missing here; that and more spaces for children so that people like K can get the help as soon as they need it.

"As I said at the start, this place has been a lifeline and without it I’d still be searching around. I think for K things would be awful. He’d be less happy and he wouldn’t have anything to look forward to each week. He’d had nothing that is just for him." 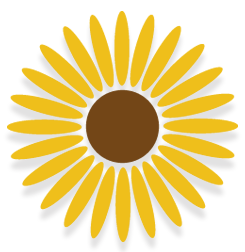 "All I can say is that K wouldn’t be who he is today without Sunflower Garden. I can’t rate this place highly enough. I’ve got a son who is stronger, happier and more confident."